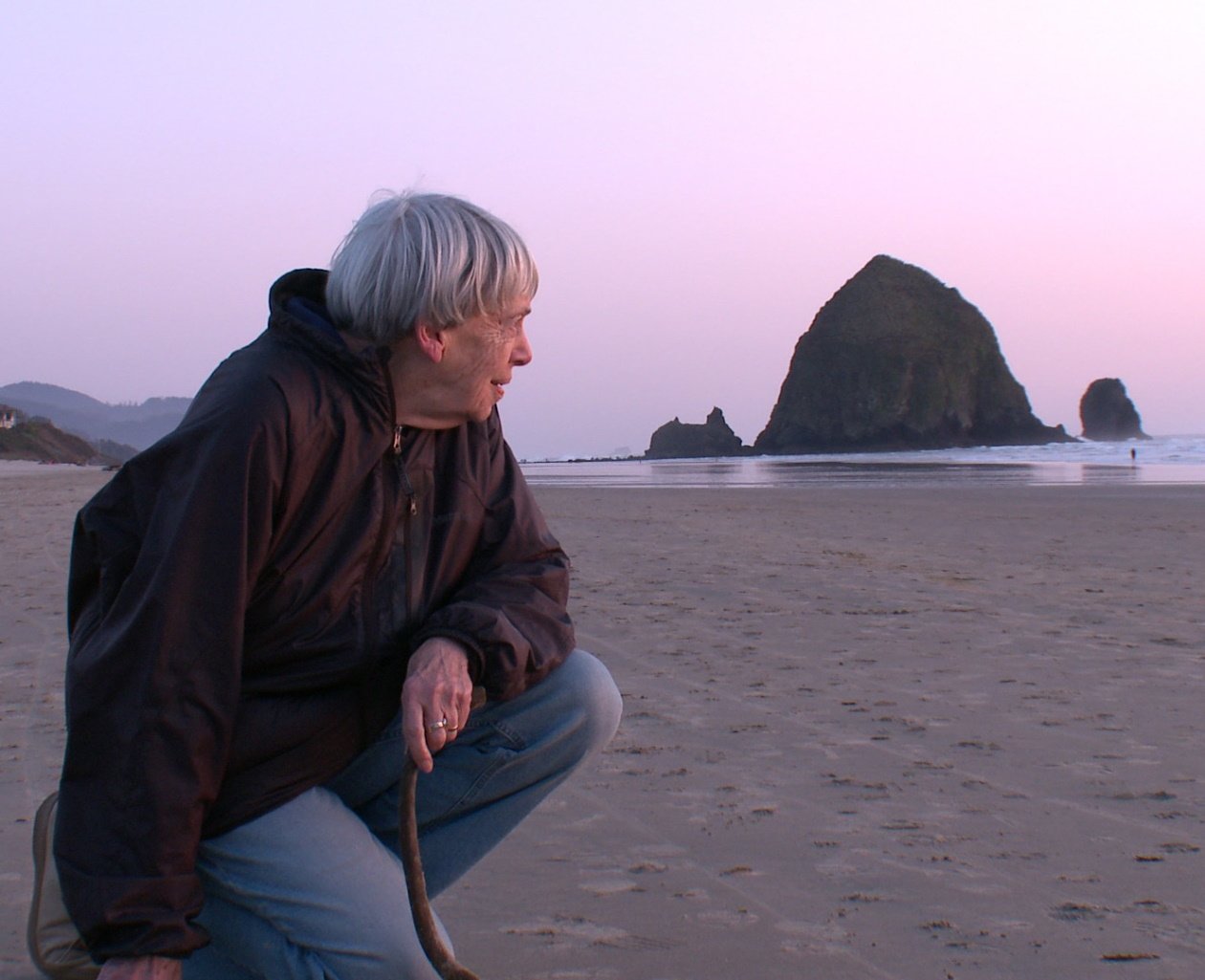 Ursula K. Le Guin, who passed away in 2018, is best known for her classic Earthsea fantasy series and masterworks of science fiction such as The Left Hand of Darkness and The Dispossessed. Filmmaker Arwen Curry worked with the groundbreaking feminist author for a decade to make Worlds of Ursula K. Le Guin, which features stunning animation and commentary from Margaret Atwood, Neil Gaiman, David Mitchell, Michael Chabon, and more.

DIRECTOR
Filmmaker Arwen Curry worked with the author for ten years to create Worlds of Ursula K. Le Guin.
She served as Associate Producer and Archivist of the PBS American Masters film EAMES: The
Architect and the Painter, and associate-produced both American Jerusalem: Jews and the Making
of San Francisco, and the acclaimed HBO film Regarding Susan Sontag. Arwen associate-produced
five 30-minute science and technology documentaries for San Francisco’s PBS/NPR member station
KQED between 2012 and 2014, on subjects ranging from reawakening extinct species to the new
era of space exploration. Arwen’s short documentary “Stuffed” took viewers into the lives and homes
of compulsive hoarders to better understand our connection to the things we own. Arwen is a former
chief editor of the seminal punk magazine Maximum Rocknroll and has written for print, radio, and
film.