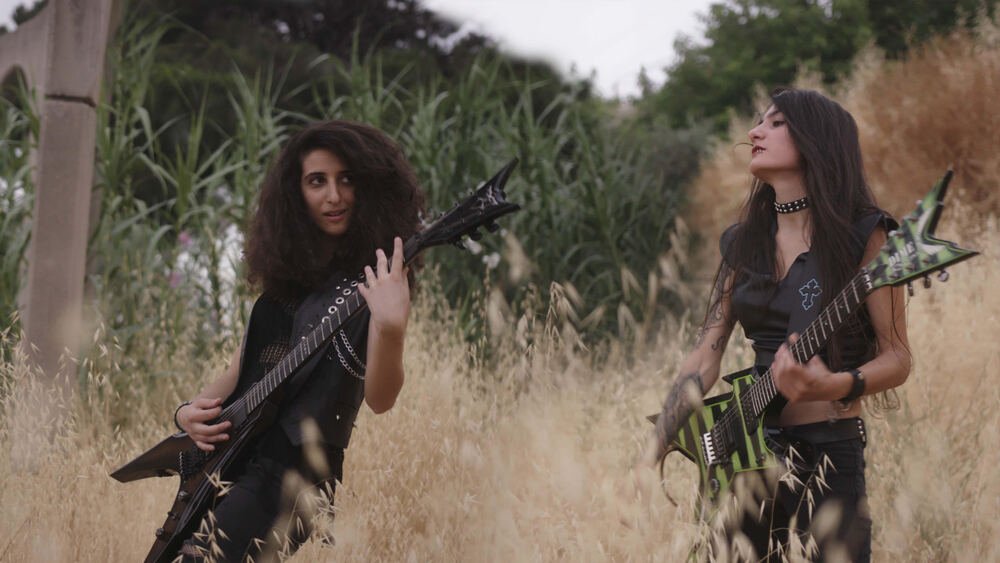 On the outskirts of Beirut, Lilas and Shery wrestle with friendship, sexuality and destruction in their pursuit of becoming thrash metal rock stars. Sirens is a gothic coming-of-age documentary.

Rita Baghdadi is an Emmy award-winning documentary film director, producer and cinematographer. Known for the intimacy of her bold, character-driven films, Rita’s third feature documentary SIRENS premiered at the 2022 Sundance Film Festival and went on to win the Grand Jury Prize at Outfest.
Rita earned a B.A in Film from Columbia College Chicago where she graduated with honors. Before going to film school, she was a champion horse jumper. Today, outside of her work as a director, Rita is a frequent speaker and active mentor dedicated to empowering women of color to tell their own stories through documentary filmmaking.

Rita is a co-founder of Lady & Bird Films. Their latest film SUBJECT, a documentary unpacking the ethics of commercial documentary filmmaking, premiered at the 2022 Tribeca Film Festival.