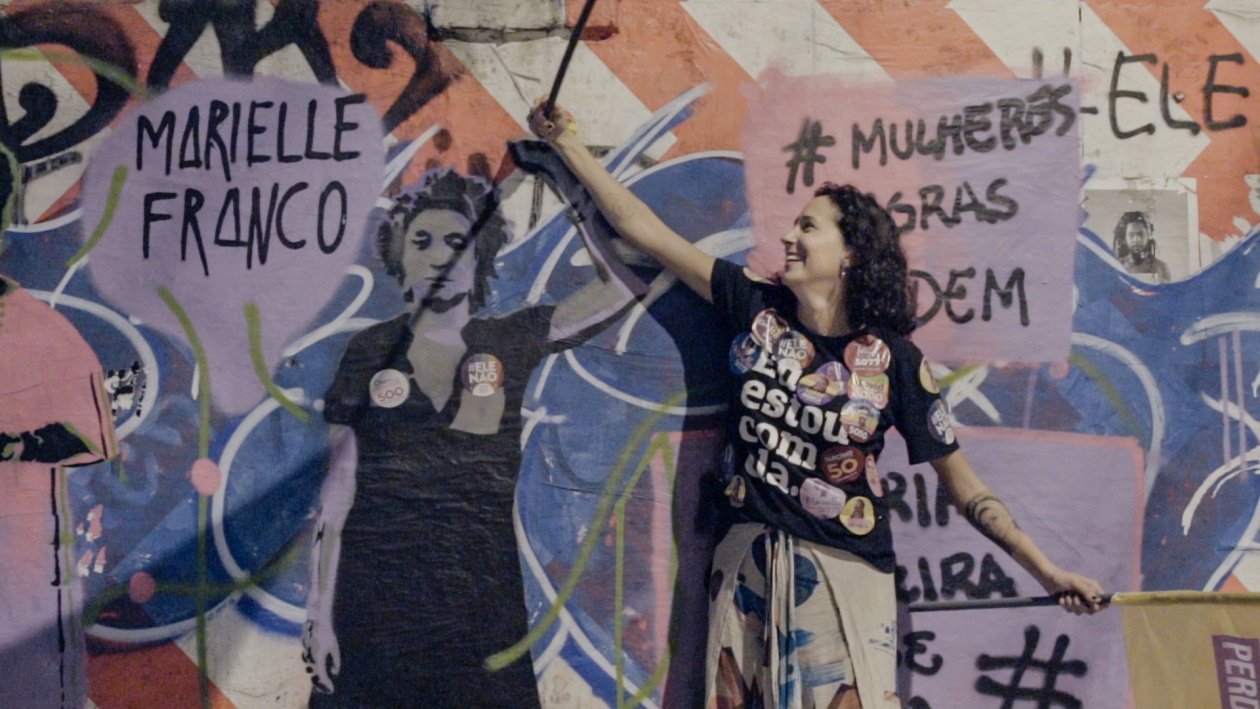 The LGBT activists resisting Bolsonaro’s Brazil. Marielle Franco, a Brazilian LGBT and human rights activist, was killed in March 2018. Her widow, Monica Benicio, continued her fight for better treatment of the poor, the LGBT community and black Brazilians. The case of her murder has still not been solved and, as the police investigation drifts, Monica is a plunged into a new crisis: the probable election of Jair Bolsonaro.
The film documents Monica’s involvement in the campaign opposing Bolsonaro, shoots of hope in the election of some local politicians from other parties, and the aftermath of the election which suggests a difficult future for LGBT rights and politicians who oppose the government, with little hope for Marielle’s murder case being adequately solved.

DIRECTOR
Fábio Erdos is a Brazilian filmmaker and photographer member of Panos Pictures, one of the world’s leading independent and award-winning photographic agencies.
​He began his career in early 2015, after completing cinema school at Darcy Ribeiro Film School in Rio de Janeiro and Prague Film School.
​His films have been shown at the GLAAD, in New York, One World Film Festival, in Prague, La Gacilly Photo Festival, in France, as well as the Museum of Tomorrow and the Museum of Modern Art, in Rio de Janeiro. In 2019, Fábio won a World Press Photo award for the “Marielle and Monica” film, produced for The Guardian.
​