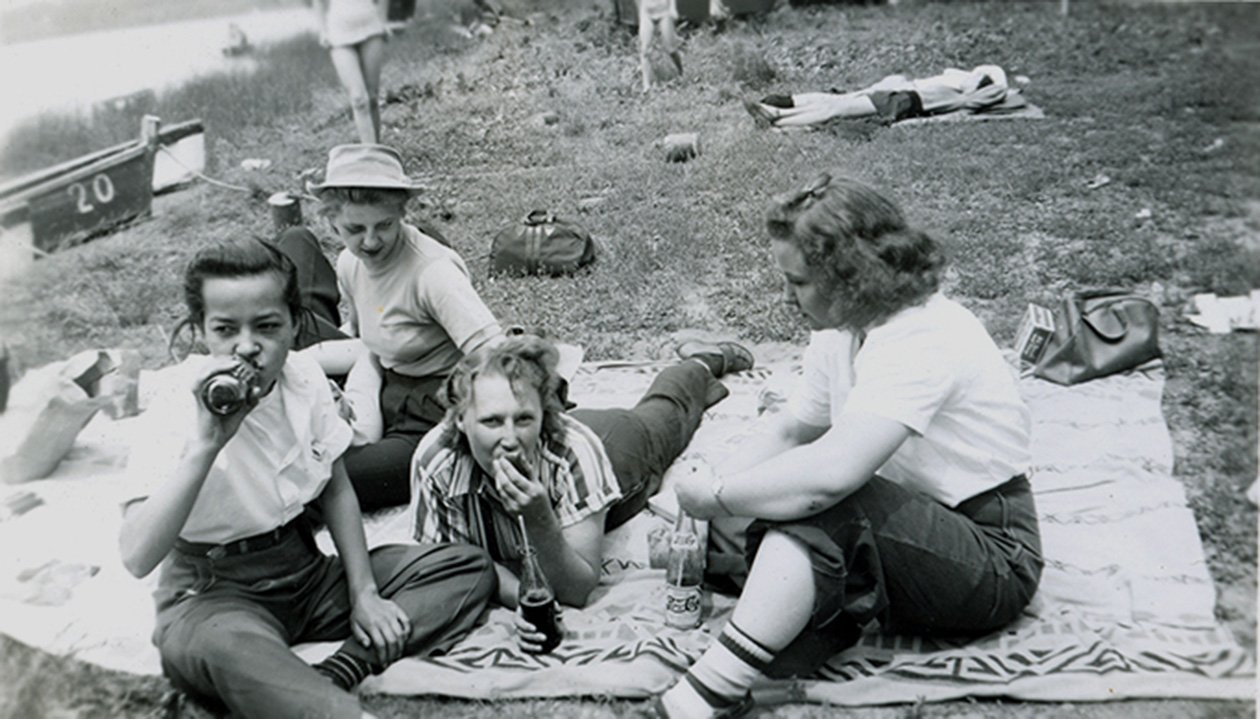 Two thousand private snapshots hidden away for over fifty years reveal the rich history of Chicago’s working class butch/fem life in the pre-Stonewall era. Spanning four decades, from the 1930s to the early 1970s, the snapshots provide a rare look at a vanished and vibrant Lesbian culture: images of lovers and friends as they played, posed, serially switched partners, worked, partied, drank, and aged. Now we all take selfies; these women used a Brownie camera to tell the story of their community.

DIRECTOR
Michelle Citron is an award-winning digital and film artist. Her work has been shown at the Museum of Modern Art, the Whitney Museum of American Art, The Walker Art Center, the Museum of Contemporary Art/Chicago, and the American Film Institute. Her films and interactive narratives are distributed worldwide and are in the permanent collections of over two hundred universities and museums. She has received numerous awards and fellowships for digital
arts, filmmaking, and screenwriting.
She is the author of the awarding winning book “Home Movies and Other Necessary Fictions” and the films “Daughter Rite”, “Parthenogenesis”, “What You Take For Granted”…, and “Leftovers”.